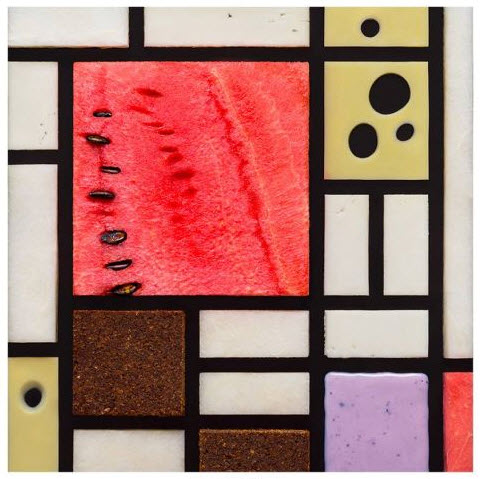 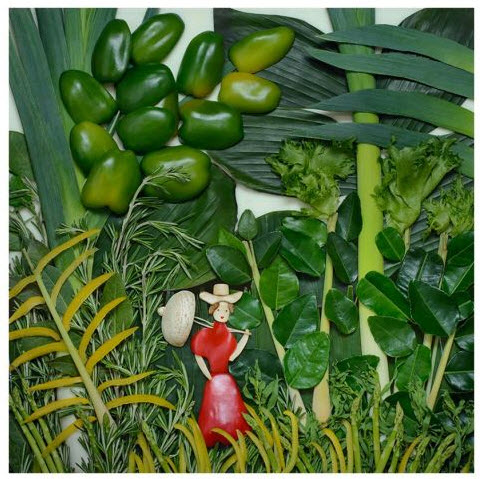 If someone ever told you not to play with your food, you were lied to. Turns out you can easily design your food into recognizable masterpieces. Way cheaper than to ingest the real thing, amirite?! 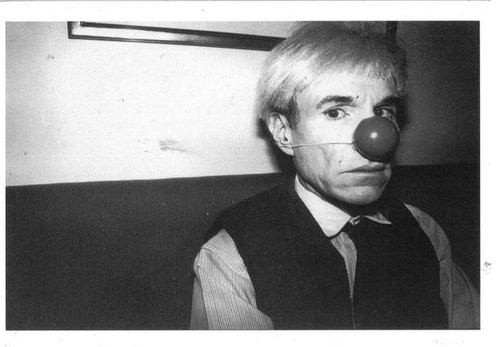 This is how I feel about Monday.

This article highlights what would happen to a Thanksgiving dinner plate if your family’s crazy Uncle Jerry was actually Mondrian, van Gogh, or Pollock. Good!, because I’m all about playing with my food. 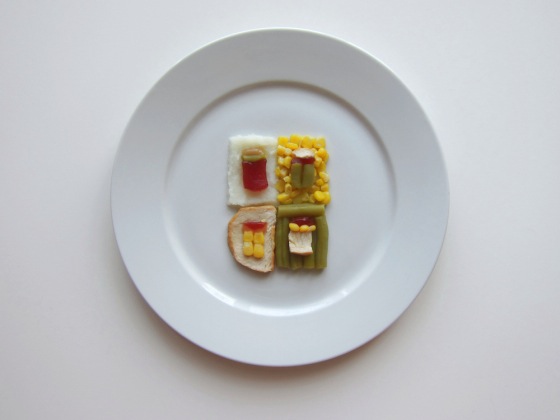 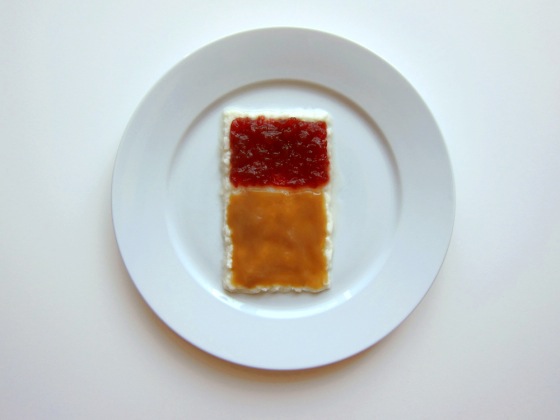 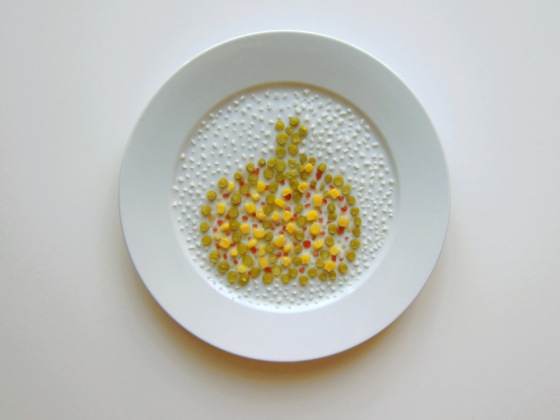 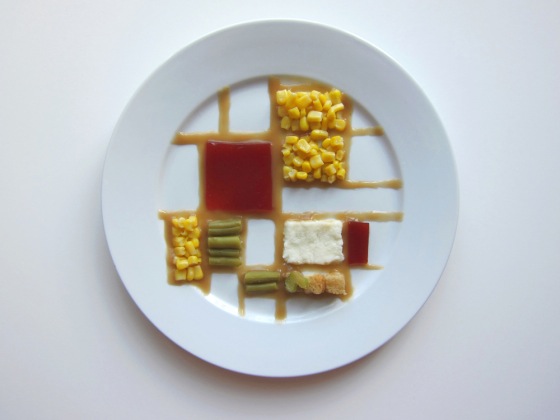 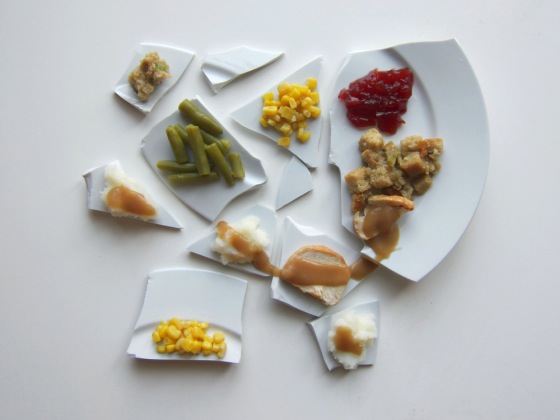 Picasso / the one I’ll be recreating.

What do you think of when you think of Andy Warhol? Bright portraits of Marilyn Monroe? Soup cans, perhaps? Right. ME TOO. And yet this painting of a car crash is the most expensive Warhol painting, sold at auction for $104.5 million last year!

Just when I think I know everything about the art market. YEESH. 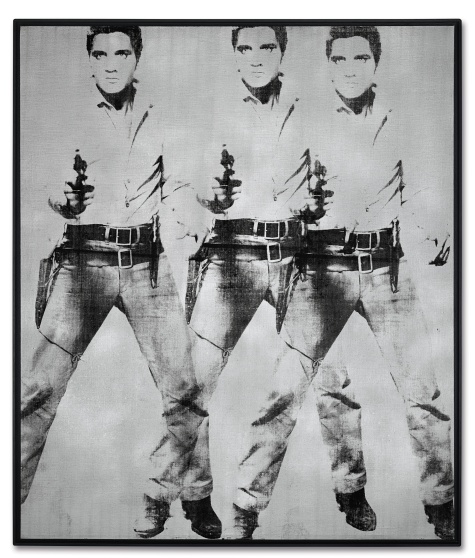 Warhol’s “Triple Elvis” sold for $81.9 million this week. More than a billion dollars were spent at auction at Sotheby’s and Christie’s. Like, hello?! I rummage for change when ordering my iced coffee. This whole “millions to throw down on art” must be really, really nice. 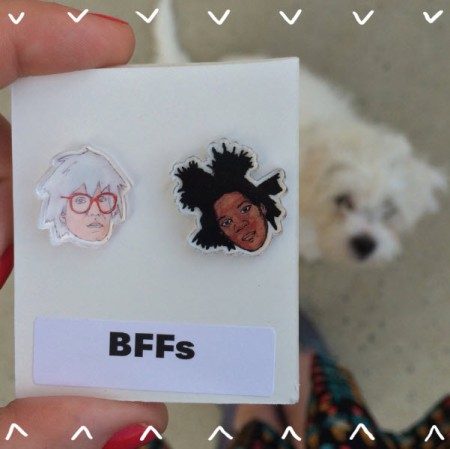 Oh man, I thought I was the only one who realized this relationship. Thank you, Leroy’s Place! 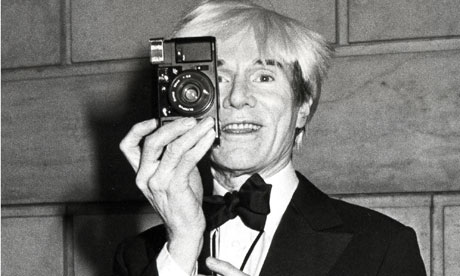 “I had a lot of dates, but I decided to stay home and dye my eyebrows.”

Preach, Andy, I feel that. Eyebrows and a solid series of selfies. 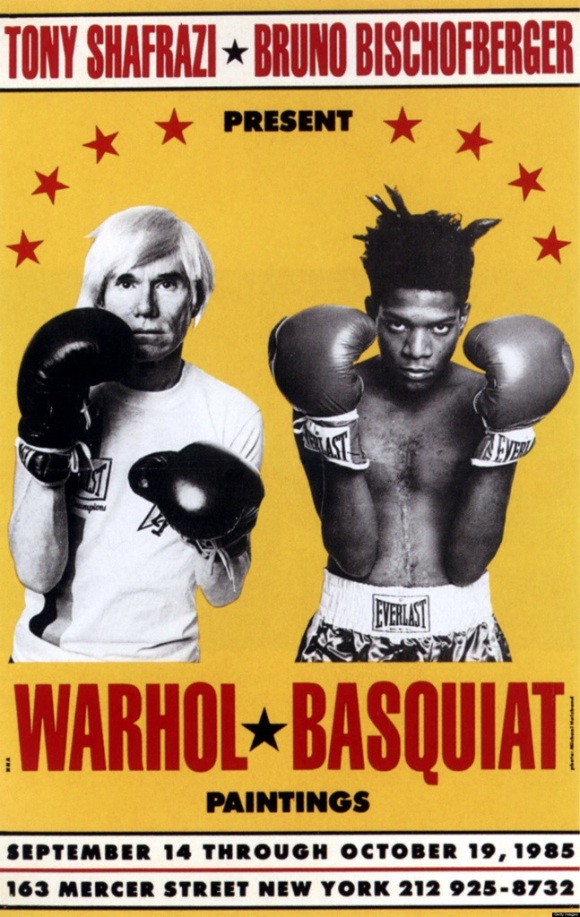 I am 110% about this exhibition poster of Andy Warhol and Jean-Michel Basquiat. I will admit, there’s a little too much Bruce Jenner being channeled in Warhol’s look, but whatever. I’m in it too much to say no.

Preach! I often foster the symbiotic relationship of shoes and spending money at Nordstrom Rack all on my own. 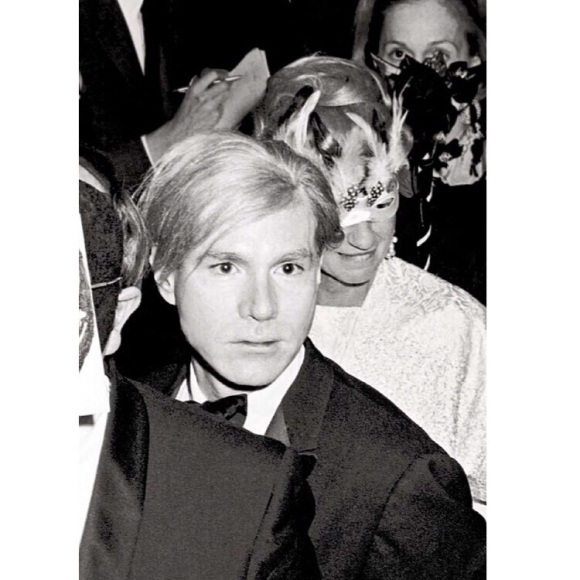 “Sometimes you’re invited to a big ball and for months you think about how glamorous and exciting it’s going to be. Then you fly to Europe and you go to the ball and when you think back on it a couple of months later what you remember is maybe the car ride to the ball, you can’t remember the ball at all. Sometimes the little times you don’t think are anything while they’re happening turn out to be what marks a whole period of your life. I should have been dreaming for months about the car ride to the ball and getting dressed for the car ride, and buying my ticket to Europe so I could take the car ride. Then, who knows, maybe I could have remembered the ball.” 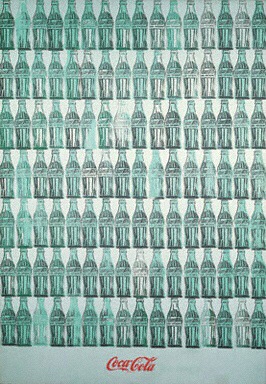 Happy birthday, Andy Warhol. I’ll crack a cold Coke, or a bunch of ’em, for you.

Fun fact: Coca Cola’s swirl, known as the Dynamic Ribbon, was part of a graphic re-design in 1969. Its design is made to look like the bottle’s contour. Snazzy!