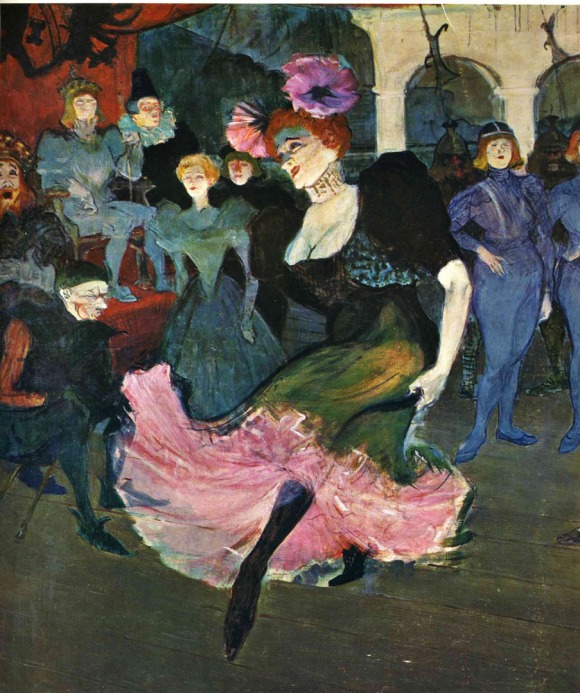 Today, we celebrate Henri de Toulouse-Lautrec. A man who stood at the lofty four-six, Lautrec spent many a-night at the Moulin Rouge and other Parisian nightclubs. Lautrec’s parents were first cousins (gross), and many of his health problems were attributed to inbreeding (double gross). He drank like a maniac; even his cane came well-equipped with liquor storage. He ended up dying in an insane asylum with syphilis.

My favorite part about this painting of Marcelle Lender is that Lautrec LOVED redheads (smart man, I say). Like, was obsessed. I’m talking, this chick was in an short-running opera (too soon?), and he attended twenty times. Twen-tee. When he wanted her to have the painting, she basically called him a creep. “What a horrible man,” she said, “You can have [the painting].”

Well, the National Gallery helped itself to it, thanks to John Jay Whitney, in the 90s.