all bets on bets. 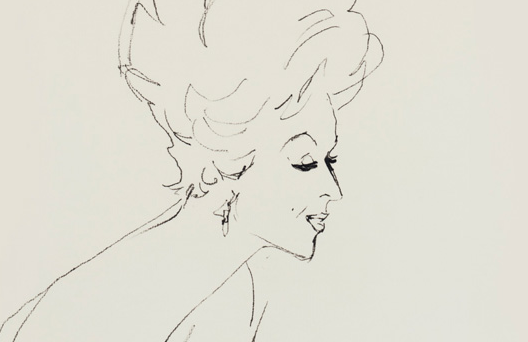 Betsy Bloomingdale has a collection of personal affects up for grabs at Christie’s next week, and I need to admit, I’m not thoroughly impressed.

Don’t get me wrong: I’ll never turn down the chance to peek at some pretty dresses and antiques, but I just assumed that if you’re going to marry into the department store‘s chain of command (Betsy married the owner’s grandson in 1946), you’re gonna offer more than a set of 10 books on Reagan (that’s thing). Turns out Betsy and Nancy Reagan were BFFs: Vanity Fair reports she was called the “First Friend.” Cute.

What’s more though, is Betsy Bloomingdale’s husband Alfred was a big ol’ cheat, and took Vicki Morgan on as a girlfriend for like, 12 years. They met when she was a teen and he was in his fifties. Apparently, he promised her thousands of dollars after Betsy told him to call off the affair, and then, whaddya know, he died two days later. She went to court, and then was brutally murdered by her crazy roommate she met in rehab. Her son (his dad was some dude from her high school…I KNOW, I had to check on ancestry.com in order to make sure it wasn’t Alfred’s) inherited the remaining sum promised to Vicki before she died.

Is there anything of Vicki’s on the lots, Christie’s? I’ll be waiting.